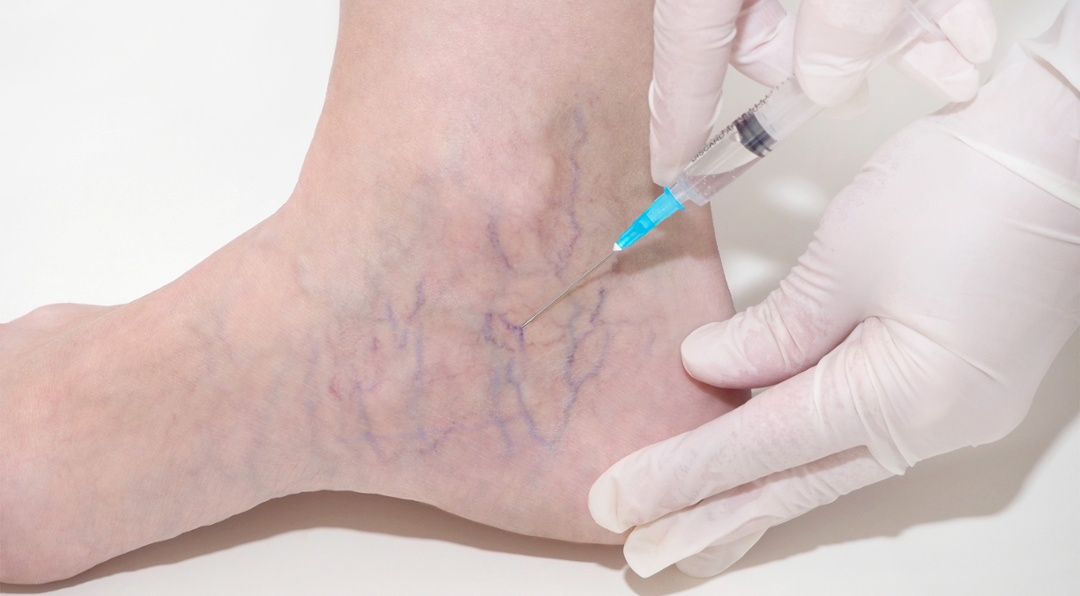 Vein pain is one of those subjects that is at once both simple yet complex. It is simple in that in most cases it is the result of high pressure in the veins, caused by a breakdown in the one-way valves that we all have in the veins in our lower extremities. It is these valves that allow the blood to return to the heart against the force of gravity.

When the valves breakdown the venous pressure increases. When the pressure becomes large enough it tries to stretch or actually does stretch the venous structures. Our veins have pain receptors and this stretching results in pain or aching. The complex part is that we don’t know why some people have lots of pain during the dilating process, while others are pain free.

The other cause for vein pain involves inflammation. Inflammation can occur when the vein dilation causes enough trauma to result in an injury. The body reacts to injury with an inflammatory process and this in turn activates pain receptors in the vein wall and pain is perceived by the patient.

Low flow caused by vein dilation because of pressure can result in spontaneous clot formation known as thrombosis. This is interpreted by the body as a potentially dangerous event and an inflammatory reaction always occurs. Inflammation is characterized by redness, swelling and pain.

This pain is mediated by both the pain receptors on the veins as well as pain receptors in the surrounding tissues that also can be impacted by the adjacent inflammatory process.

The exact biochemical process on the microcellular level that mediates the pain perception has not been fully worked out. If we knew this process we would be able to answer why some people have more pain than others and why some people have no pain even though similar processes in the veins are occurring.

Pain due to Venous Disease is a double edged sword. On the one hand, people who get symptoms [such as pain and aching] are bothered by it and it can interfere with their quality of life. This results in these people seeking medical help early in the course of the disease.

The bad news is the fact that it is bothersome and impacts their quality of life. The good news is that they see the physician early, before damage to their deep venous system occurs and before the end stages of vein disease occur. These end stages include spontaneous bleeding, ulcer formation, and clot formation.

The people who have no symptoms also have a problem. The good news is they are not bothered by their disease. Therefore they have no pain or aching and don’t have to deal with going to the doctor or living with quality of life issues. However, the bad news is really bad.

These people usually present with blood clots [some of which can be life-threatening, spontaneous bleeding which often requires a trip to the emergency room, and skin breakdown and ulcer formation and all the problems that go along with this problem. They usually have permanent, un-repairable damage to their deep venous system, the most important venous system in the lower extremities.

It is recommended that patients with pain see a vein specialist in order to protect their venous systems from further damage and avoid end-stage problems.

I recommend that those patients with venous disease who have no pain also see a vein specialist early for the same reasons. Patients with no pain need to realize that:

Pain in the lower extremities in the USA is most commonly venous in nature, although venous disease is not the only cause. Early diagnosis and treatment can minimize long term venous problems and relieve symptoms.

For those with no pain or aching, be vigilant and look for the signs of venous disease. If there is any suspicion that you might have vein disease the most prudent course is to seek the opinion of a vein specialist in order to minimize damage to the venous system and to avoid potentially life-threatening problems.

If you are experiencing leg pain or suspect venous disease, call us to make an appointment with Dr. Robert Ruess of Five Star Vein Institute. Dr. Ruess is a Board-Certified Vein Specialist and can accurately diagnose your condition and recommend appropriate treatment.