Do You Have PAD That Is Left Untreated Or Misdiagnosed As Another Health Condition? 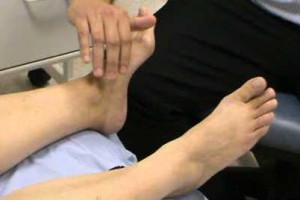 I recently saw a patient who was sent to me for possible vein disease. The patient was quite frustrated because he had seen four different physicians and one chiropractor over the last 3-4 months with a problem of leg pain, swelling, and hip pain.

His frustration was palpable and plausible; in spite of all these doctor visits, nobody could figure out what was going on. Has this ever happened to you? It is vital to find the right specialist who is certified by the American Board of Venous & Lymphatic Medicine (ABVLM) to ensure you not only are correctly diagnosed, but also receive the right type of treatment necessary.

This patient’s symptoms are pain that begins in his left calf after walking about one block. After two blocks the pain becomes intense, migrates to his left hip, and forces him to stop walking. After a 3-5 minute rest he can start walking again, only to have the above scenario repeat itself.

It was clear to me this man was suffering from peripheral artery disease or PAD. Blockage in the main artery leading to his left lower extremity would not permit the body to increase the blood flow to his left leg when needed, resulting in the pain.

I’ve written about PAD disease. Anyone who has read these articles could more than likely make the diagnosis.

Diagnosing PAD And How You Can Prevent This Vein Disease

Non-invasive testing confirmed the suspicion of PAD in the critical location above the left lower extremity. He will undergo angiography and probable stenting to open up his iliac artery this week.

Although his life style NOW is good, he suffers from hypertension and used to smoke 2-3 packs per day. People like this with PAD have a higher incidence of stroke and heart disease.

The message is simply this: try to make your lifestyle compatible with good health. Avoidance of obesity, nicotine, and proper treatment of hypertension are important in the prevention of PAD.

Dr. Robert Ruess is a leader in the treatment of American Board of Venous and Lymphatic Disease and the American Board of Thoracic, Cardiovascular Surgery, Dr. Ruess can be seen at Five Star Vein Institute with locations in Las Vegas and Mesquite Nevada. Make your appointment today to discuss your vein health with Dr. Ruess.