The Health Care Dilemma – A Plan for a Simpler, More Cost Effective Policy Which Will Result in Improved Health Care in the U.S. – Part 4 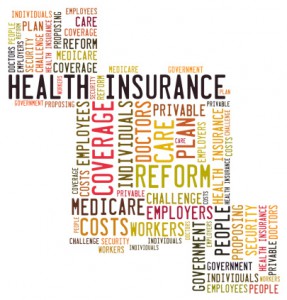 The downside to the proposed new system [see previous articles] is people without insurance or ready cash would not be able to choose where they went for their care. However, THEY WOULD GET CARE, and expert care at that. Again, POOR PEOPLE WOULD HAVE A PLACE TO GO FOR EXPERT CARE, EVEN THOUGH THEY COULD NOT PAY FOR IT.

It would not be the responsibility of doctors in private practice or private hospitals to take care of those without insurance.

This system would create competition among insurance companies to get creative with their policies and market them without federal government interference. If the polices were not to their liking, patients could always go to the teaching institutions. The free market would produce a viable product for those that could afford it.

Incentives for patients to start and maintain health savings programs could be instituted. Breaks for people with healthy life-styles could be established.

Tort reform could be instituted in a manner that basically eliminated most of the attorney work needed in the medical field. Malpractice claims could be adjudicated by a 7 person Board which consisted NOT of random members of society chosen by attorneys, but rather 7 Board-Certified physicians who would be experts in good standing in the field which is under consideration. Part of being Board Certified would be a requirement to serve on such a Board for a short time if so chosen randomly.

If such a system were installed, then decisions in the court room concerning medical issues would be determined based on sound medical principles rather than magelang6etar which lawyer could put on the best “dog and pony show”. Any physician who has served as an expert witness or who has been a victim of a frivolous law suit can tell you what a joke the current system is, and how it often fails to get at the truth.

I feel strongly that if the principles outlined above were instituted, the quality of medicine would go up, America’s stature in world medicine would go up, the cost of medicine in America would go down, and no patient would be refused quality care. Young people would not be forced to buy insurance if they did not want to. The time and energy spent by the Federal government trying to cover the entire U.S. population would be limited to taking care of 50 states, each of which could oversee their own citizens’ medical care.