The Health Care Dilemma – A Plan for a Simpler, More Cost Effective Policy Which Will Result in Improved Health Care in the U.S. – Part 3 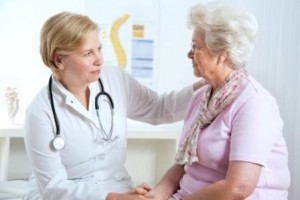 The first principle of the proposed new policy would be that NO ONE WOULD BE DENIED COVERAGE, regardless of their insurance or monetary status. Here is how it would work.

ALL teaching centers that train physicians would be designated as centers of excellence with MULTIPLE GOALS.

These goals would be:

So, you might ask, who will pay for these centers and this activity. The federal government would be engaged to deal with these centers. They would have to oversee these teaching institutions to make sure that they were operating efficiently, were cost effective, etc. This would be far simpler than dealing with the entire American public as well as all the insurance companies.

People who were at one end of the non-level playing field would have a choice:

People at the other end of the playing field, who for whatever reason had no insurance, would have no choice—THEY WOULD HAVE TO GO TO THE TEACHING CENTER WHERE THEY WOULD NOT BE REFUSED AND WOULD RECEIVE EXPERT CARE. [NOTE: As you recall, I was once a Resident physician. I feel that I was a pretty darn good one too. And when I was in a teaching position I made SURE that the Residents under my tutelage delivered quality care as well.]

Check back for the last of our four part series on an alternate plan for our nation’s health care.