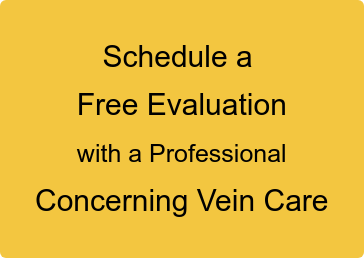 Are you one of the millions of Americans who have venous disease? What is venous disease? Is it dangerous? How can one recognize it? Can it explain many of the symptoms you have in your legs? Can it be treated successfully without hospitalization and open surgery? Can it be prevented?

These questions are of concern for patients, doctors, and the general public. The prevalence of venous disease in Western populations is estimated at 40+%; with 25-33% of the females and 10-20% of the males in the US afflicted.

Veins are vascular structures which return blood to the heart. They have a series of one-way valves which keep the blood going in the proper direction. When pressure elevates inside the veins or the veins dilate, it can become too much for these valves and the blood begins to leak backwards, further increasing the pressure in the venous system. This high pressure is the major element of venous disease. If this high venous pressure persists, one is said to have chronic venous disease (CVD).

Symptoms of CVD are not always recognized by patients or their doctors. Patients may complain of one or more of the following: leg heaviness, aching, fatigue, burning, tingling, itching, scaling, pain, swelling, or a sensation of swelling. They may have night cramps or a vague unsettled, restless feeling that is hard to describe. These patients very often have a family history of varicose veins.

Once this venous hypertension has been identified, treatment and prevention can be recommended. The best way to identify the problems in the venous system is with an extensive, complete venous ultrasound. This is usually done with the patient upright, to evaluate the venous system while it is under the influence of gravity. Even benign appearing spider veins may be the sign of a deeper, more serious problem. The ultrasound allows the vein specialist to advise the appropriate treatment.

The goal of treatment is to reduce or eliminate the elevated venous pressure which is the cause of the problems. Often this means eliminating the segment of the venous circulation which is causing the problem.

If the vein is long and relatively straight, this is best done with a laser placed inside the vein using ultrasonic guidance. Large irregular veins near the surface can be removed by surgery through a mini-incision or by injecting a chemical agent. Other medium to small sized veins can also be treated with sclerotherapy, which reduces the vein to a harmless, fibrous cord. Spider veins of the legs get their best cosmetic result by injection of a sclerosing agent. This should be done after the underlying cause of the venous hypertension is addressed.

It is recommended that if you have signs or symptoms of venous hypertension as described above, you should seek out a vein specialist for advice.