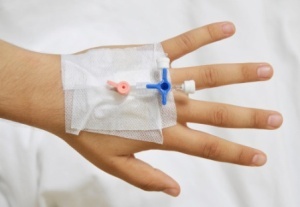 Last time, in Part 1 of our discussion, we talked about the new “catheter” techniques for both accessing and treating vascular problems. A vascular catheter is a tubular device that is placed inside the vessel. One end of this device remains out side the body. Thus there is a portal of entry to the vascular system.

Treatment Performed Through a Vascular Catheter

Using this portal, many treatments can be performed. And these treatments are performed with just a needle stick or a very small incision. They are replacing standard, painful open operations that have been with us for many years. Furthermore, hospitalization times are reduced and complication rates are usually less.

Arteries are the vascular structures that supply blood with oxygen and nutrients to all parts of the body, Stellvertreter enabling these parts to survive. We can now use catheter techniques to treat the largest artery in the body—the aorta.

Aneurysms of the lower [Abdominal] aorta are the 13th leading cause of death in America. They are weak, dilated spots on the blood vessel that rupture. We can now exclude these by placing a graft in the area through small incisions in the groins, rather than an open, large abdominal incision. The patient can go home the next day, rather than spend a week in the hospital. Similarly, the upper aorta can now be repaired or grafted using the same techniques.

Aneurysms can occur in many of the arteries in the body, and these catheter techniques can be used to treat them almost anywhere they are found.

Blockage is another problem affecting the arteries; not only the aorta, but arteries of any size. Atherosclerosis and Peripheral Vascular Disease [PVD] are words that describe the blockage present in arteries. Catheter techniques can be used to open up these arteries. Balloon dilation or angioplasty has been with us for a while now.

Most readers have heard of stenting, whereby a support device made of metal can be expanded in a narrowing, thus maintaining an open artery. There are roto-rooter devices that can actually remove the atherosclerosis. The list of arteries that these techniques can be applied to seemingly has no limit. As technology improves, so do the patient outcomes.

One word of warning should be mentioned. Although these modern techniques have replaced many standard operations, the one area where they are not up to par with surgery is in the treatment of blockages in the carotid arteries, the vessels that supply blood to the brain. Blockages here can cause strokes. Today, the best treatment for these lesions is surgery by a well- trained Vascular Surgeon who has a documented record of less than 2% complications.

Trauma or sudden closure are other conditions where catheter techniques can be used to repair arteries under emergency situations. Angioplasty and stenting to open and keep open arteries to prevent or stop a heart attack come to mind.

Increased Catheter Techniques Use for Clots, Cancer and More

Clotting can be a source of problems for the arterial system. Narrowed arteries can form clot. Clots can come from the heart or from a large artery and travel down stream, like a wood chip in a river, eventually lodging in a smaller artery and blocking flow. Naturally, the tissue beyond this sudden blockage will not like this. Catheter techniques can be used to bust up the clot and make sure the blood flow to the compromised tissue is restored.

Cancer treatment is also an area where catheter techniques are playing a greater role as time passes. Placing a catheter in an artery just up-stream from a cancer mass allows the physician to deliver agents directly into the cancer that can kill the cancer cells or block the cancer’s blood supply.

Find Out if Your are a Candidate for Vascular Catheter Treatment

Modern medicine is constantly changing. These new techniques are good, but must be applied properly. Not all patients are candidates for these methods. Vascular and Cardiovascular Surgeons who are familiar with these techniques can give good advice as to which treatment should be used.

Dr. Robert Ruess is a leading expert in vascular care and treatment. Schedule your vein consultation at one of his Five Star Vein Institute locations in Nevada. Visit www.fivestarvein.com to learn more.